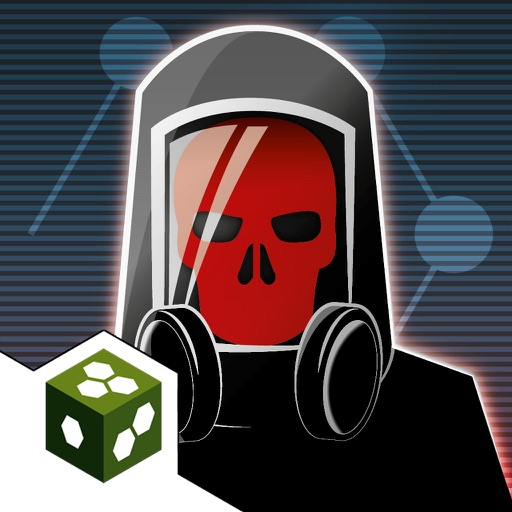 Named one of the Top 30 Solitaire Board Games by Box of Delights!

Voted one of the 2013 Best Thematic Solitaire Games for the Spare Time Challenged on BoardGameGeek!James Franklin — Patient Zero — collapses after stepping off a plane from the Congo at JFK International Airport. He is rushed to Forest Hills Hospital where he is placed in an isolation ward. It is quickly discovered he has Morbusian, a constantly mutating virus that is resistant to all known antivirals. The survival of humanity itself is at stake!In Infection: Humanity's Last Gasp you are the director of the Department of Plague Control (DPC) field office in New York City. You make the decisions about what parts of the virus to study, which personnel to hire, and what equipment to purchase. You'll soon discover you are working with an eccentric group of scientists who don't always work well together — and one very resourceful lab rat named Marvin. As the casualties increase, so does the stress and mistakes made, as you try to complete your vaccine before time runs out for all of mankind!This strategy game uses simple mechanics in a multitude of combinations to create engaging, deep gameplay as you try to eliminate an evolving virus that could spell the end of the human race. While random events from the Status Reports might throw a wrench in your plans (or occasionally help you out), you'll use the Lab Personnel and Equipment you've hired to piece together randomly generated proteins into the different parts of a vaccine, all while managing dwindling funding resources as the Death Toll Track climbs. Each time that your Containment fails you come one step closer to losing this battle, so make sure that you push everyone to their limits before the infection reaches critical levels.The game features 14 challenging viruses to cure as well as a custom game mode to play with optional game rules.Find us on Facebook – facebook.com/HexWarFollow us on Twitter - @HexWarGames Game Forum - hexwar.com/forums Thank you for supporting our games!Note: Minimum requirements are iPhone 4S or iPad 2 onwards. 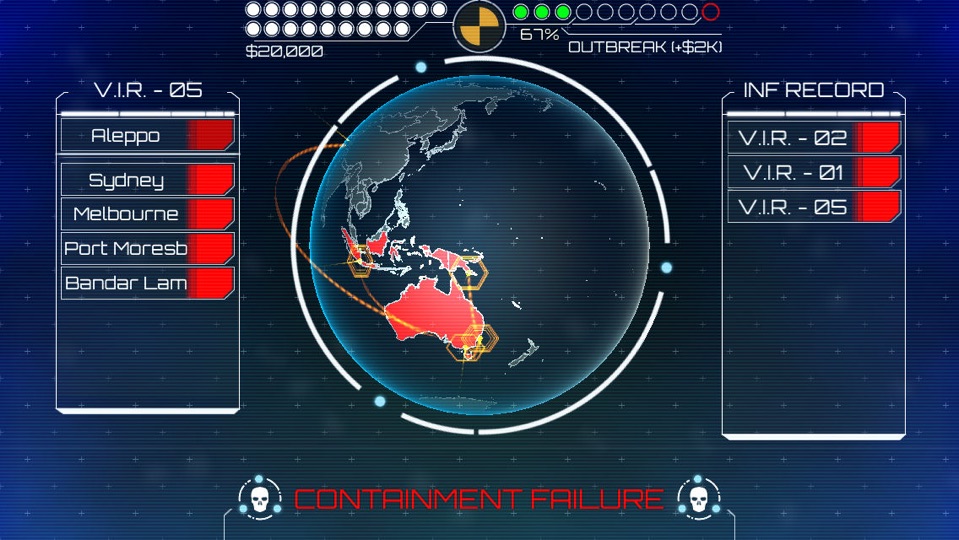 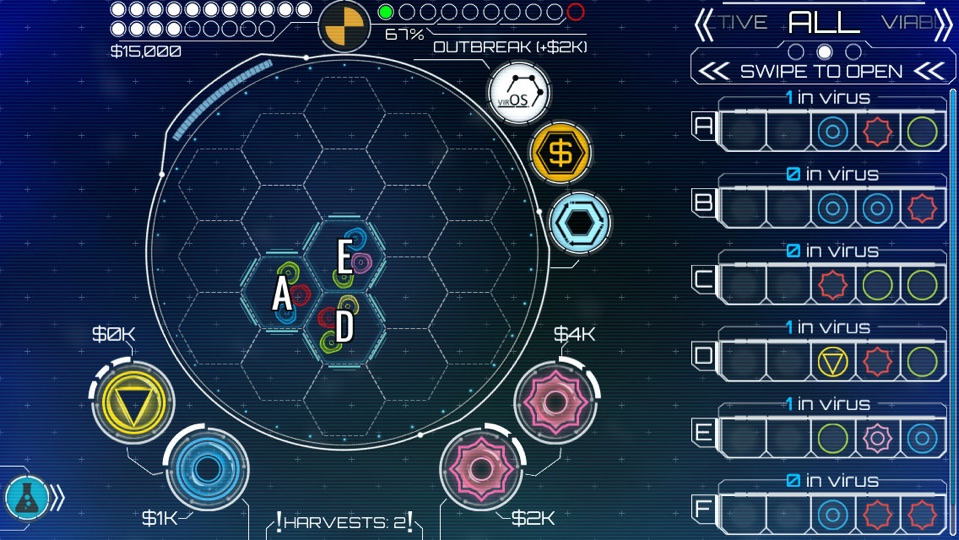 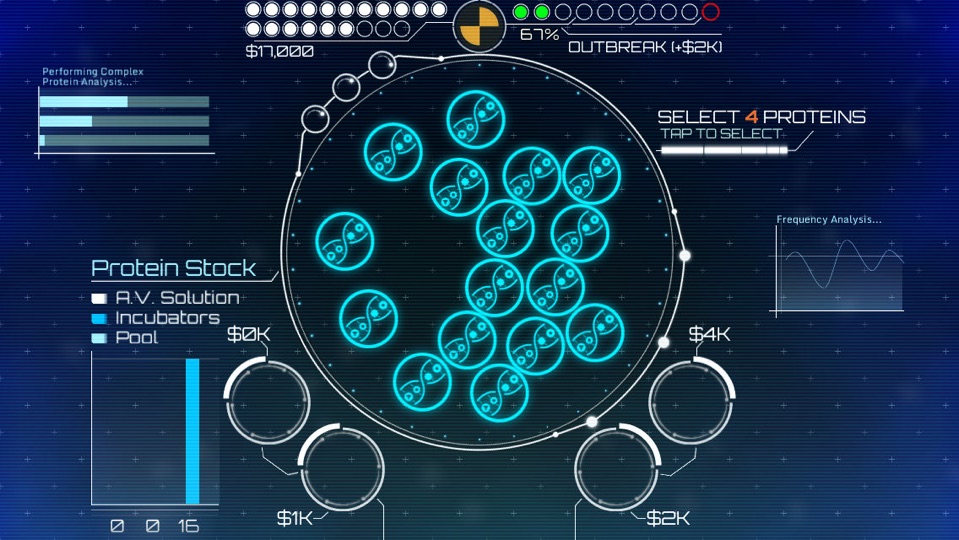 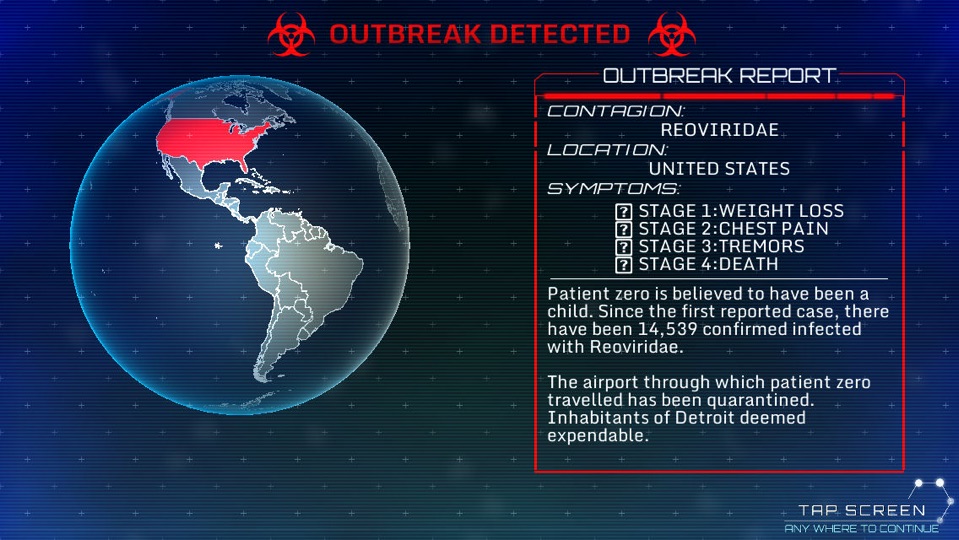 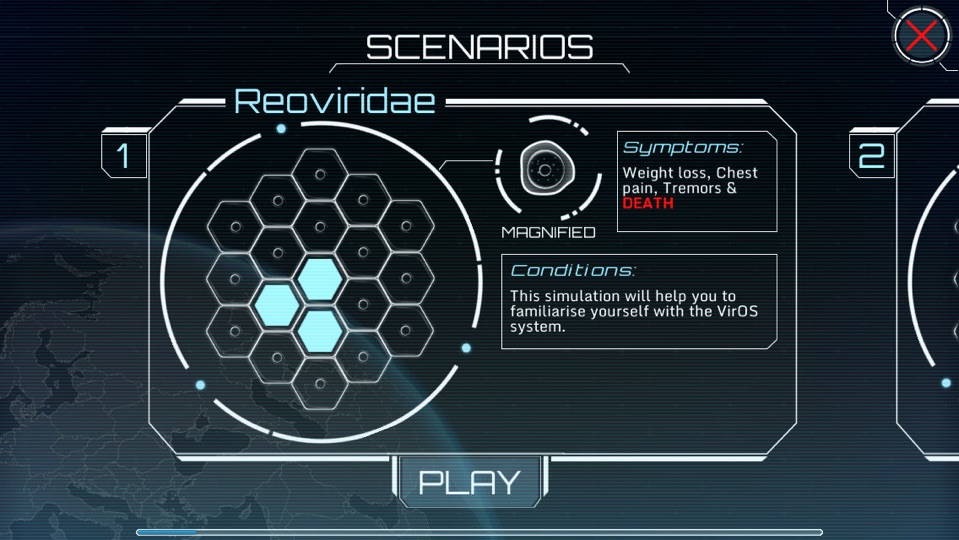